WHERE DO HEAD LICE COME FROM?

WHERE DO HEAD LICE COME FROM? 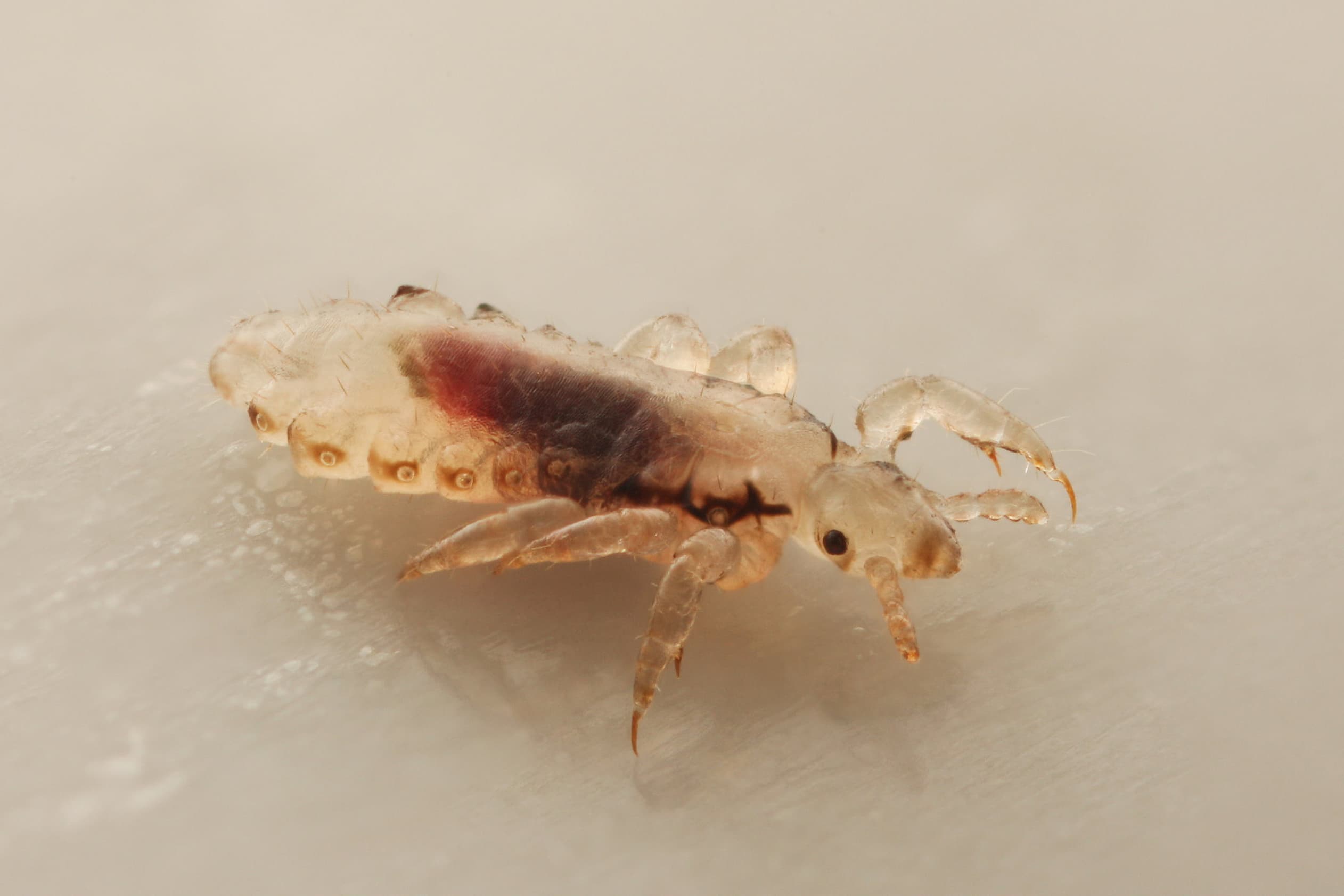 When you find head lice, you may ask yourself where do lice come from? If you've only found nits (head lice eggs) you are also likely puzzled about where they came from. When considering where your family got their case of head lice it is difficult to tell because as you go about your daily life, you are exposed to people who may have lice and not even know it. You may never know where your case of lice came from, but it started when either a pregnant louse or two live bugs made their way to your human head through head-to-head contact with another human head hosting an active case. If you just have eggs, then there was at one time one pregnant louse on your head.

‍WHERE DO LICE ORIGINATE FROM?

There are various answers to the question of where did lice come from before humans. Historically, head lice likely have been around for hundreds of thousands of years; nits have even been discovered on Egyptian mummies. Originally, in nature, their ancient origins point to the possibility that they are an offshoot of body lice. This likely happened over 100,000 years ago.

If you are wondering where lice come from when not on human hosts, it is unlikely that your case of head lice came from pets, a pool, or something other than direct contact, but there is a small possibility you may have gotten it from any number of places like a bus seat while traveling or trying on clothes at the mall. Most likely you got this case when a live bug or two made their way onto your head after direct head-to-head contact, by far the most common means facilitating the spread of head lice, with another person's head infested with lice.

HOW DO LICE REPRODUCE?

A short explanation of how lice form is that lice are formed when 2 adult lice of the opposite sex mate. Afterward, the female bug lays eggs on the strands of hair, gluing them firmly about ¼ inch from the scalp close to the base of the hair shaft with a substance she secretes. Over the course of the next week to ten days, lice grow in the eggshell and then hatch. Immature lice, called nymphs, do nothing but feed off of human blood on the scalp. A week to 10 days later, these now adult lice will begin to reproduce.

From the time they are laid to the time that they die of old age, an individual head louse will live on ahead without treatment for about 30 days. The lice life cycle timeline is as follows: the nit is the first stage of the head louse life cycle timeline, which is 6-7 days. After it hatches, the nymph stage of the cycle begins. It will last roughly 10 days. Once mature, on day 16, the adult louse will remain in this stage, feeding, breeding, and staying warm until it dies around day 30-32.

The nit stage of head lice starts as a lice egg laid on a strand of hair. Nits are glued firmly onto the follicle to ensure that they do not fall off. The eggs are attached to one side of the hair of an infested person close to the scalp near the base of the hair shafts. They are about the size of a sesame seed, oval, and when removed have a brown or tan-colored appearance.

Most treatments fail because they do not address the eggs. For total eradication, every egg has to be removed from the hair during lice treatment with a very fine comb or with your fingers to prevent the lice infestation from coming back. There is nothing on the market that will consistently penetrate this eggshell killing the bug inside. The nit stage lasts anywhere from six to seven days.

The second phase of the life cycle of the louse begins after the bug emerges from the shell; this baby bug is now referred to as a nymph. This stage lasts approximately 10 days.

After the lice hatch on day 6 or 7, baby lice bugs, or nymphs, cannot reproduce, meaning they cannot lay eggs making an infestation worse. They spend the next 10 days close to the scalp, not moving, and nourishing themselves with the blood from their host's head. Away from the protection of their eggshell, they are vulnerable to lice treatment. Toward the end of this stage, without treatment, head lice may be spread to other humans.

The mature adult lice will emerge after the third molting stage around 10 days after they hatch from their eggs. During this phase of their life, bugs are still vulnerable to lice treatments. If you are dealing with “super lice” (which are very prevalent), pesticide treatments will prove to be ineffective. Once the bugs reach this stage of a head lice infestation, they are fully mature, and the male and female louse gain the ability to reproduce.

You can tell the difference between a male and a female louse by examining their size. Male lice bugs are smaller and have shorter abdomens than their female counterparts. You cannot tell merely by appearance if you are dealing with super lice or not. After mating, a female louse lays eggs one to two days later on the person's hair. For the next fifteen to sixteen days after reaching maturity, adult head lice will continue to mate, females will lay eggs, and both will feed off of the human scalp. A louse can lay anywhere from six to ten eggs a day during this period, laying a total of around 100 or more eggs. This is the third and final stage of the head lice stages of lice.

Head lice live on the head of an infected person and do not like to leave their host; it's unlikely that you will find head lice on hair brushes or other hair accessories. Contrary to popular belief, pediculus humanus capitis is not contracted due to poor hygiene. Head lice are not a spreader of disease, so no disease control is needed. They are different from body lice that lay eggs in clothing fibers, personal items, and other objects that a human host is likely to spend time near. Unlike head lice which can be treated at lice clinics, body lice spread diseases such as trench fever and relapsing fever and are often found in settings where poor personal hygiene is common. Lice clinics will not treat body lice. The third type of lice is pubic lice and they live and reproduce in the pubic areas of the human body and cannot be treated at lice clinics. Contact with a person with any of the three types of human lice can facilitate the spread from one human host to another.

To identify lice, you need to get an idea of what does head lice look like. When looking at the anatomy of a louse, one can note that it has three distinctive body parts in addition to six legs: the head, the abdomen, and the thorax. The head has an antenna, eyes, and mouth. The mouth is shaped like a tube and there are little sharp teeth that bite the scalp to suck human blood for food. The thorax has six short legs with claws that grab human hair so the bug can shimmy to the scalp. At the back of the louse is the abdomen which contains the intestines. Head lice look different from body lice and pubic lice.

LiceDoctors Eliminates Lice at All Stages

The cycle of head lice continues until all of the bugs and nits are removed. Head lice cases do not go away by themselves. When there is an advanced infestation, it may take longer to get rid of the lice, but your lice specialist will do that when you book an appointment. Whether you have one louse or several lice, this case will be gone for good. LiceDoctors offers a safe, all-natural lice removal treatment that will leave you lice-free. LiceDoctors technicians can eradicate head lice at all stages of infestation! Call us for same-day service at 800-224-2537.