WHAT INFECTIONS AND DISEASES CAN BE CAUSED BY LICE INFESTATION

WHAT INFECTIONS AND DISEASES CAN BE CAUSED BY LICE INFESTATION 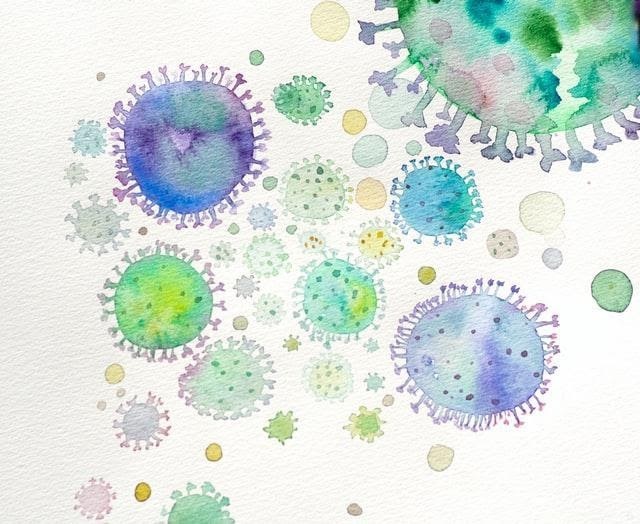 Because of recent news reports of one neglected child whose tragic death may have been related in part to lice, many parents are suddenly very nervous that lice are more dangerous than they thought. Do lice spread disease? What disease is caused by lice? What infection is caused by lice? Is the human head louse a major public health concern?

First of all, let us set your mind at ease: according to the Centers for Disease Control, llice (specifically head lice - Pediculosis capitis) are not known to spread contagious diseases among humans! The girl in the news story is suspected of being severely neglected, and there may have been many other contributing factors.

Can body lice spread disease? Yes, body lice spread disease, so if that is suspected, it is important to get a proper diagnosis to know the risks of louse-borne diseases. Human lice on the body are different from head lice. There are some very obvious differences that should make it clear before you ever see a doctor whether it's likely to be body lice or head lice. Click here for our simple guide on the differences between different types of lice.

WHAT DISEASE IS CAUSED BY LICE?

Body lice on humans (Pediculus humanus humanus) are known to transmit diseases which includes typhus, louse-borne relapsing fever, epidemic relapsing fever, and trench fever to name a few clinical infectious diseases and public health priorities that affect humans. You can see the body lice bites on the body and it can be difficult to control louse-borne diseases. There are several diseases caused by lice.

Epidemic typhus (AKA louse-borne typhus) is caused by an intracellular strain of bacteria called Rickettsia prowazekii. It is spread among humans from infected body lice bites (not lice on the head). The body lice disease typhus' symptoms can include fever and chills, headache, rapid breathing, body, and muscle aches, rash, cough, nausea, vomiting, and confusion, as well as visible body lice bites. Treatment involves antibiotics, so anyone experiencing these symptoms after having a body lice infestation should call their doctor immediately.

Body lice-borne typhus is not as widespread as it historically has been, however, in times when large groups of people are housed together in closed quarters where unsanitary conditions may exist, like natural disasters, war, prisons, or during times of civil unrest, risk factors for body lice borne typhus can still exist because of infested clothes. Poor hygiene conditions favor the spread of body lice, which increases the risk of spreading lice-borne typhus in human populations where the climate, poverty, or other mitigating circumstances exist that limit the ability to launder clothing and bedding items. These situations make disease control of vector-borne diseases challenging.

Human body lice also act as vectors for the transmission of Borrelia recurrentis, the bacteria that causes louse-borne relapsing fever, or LBRF. This is not a problem that affects North America. Data in developed countries suggest these modern cases of relapsing fever mainly occur in refugee camps in Ethiopia, Sudan, Eritrea, and Somalia where another epidemic relapsing fever and louse-borne diseases are found.

Trench fever is another louse-borne disease caused by Bartonella Quintana, a bacterium endemic to Mexico, Tunisia, Eritrea, Poland, and the former Soviet Union. Trench fever is on the rise in the homeless population in North America where there may be body lice collected in crowded situations. Again, trench fever is not transmitted by head lice but can infect humans when feces from infected human body lice are rubbed or scratched into broken skin or the eyes. Trench fever occurs suddenly 2-4 weeks after exposure and manifests as a high, 5-6 day fever that recurs with rash, headache, redness of the eyes, severe pain in the shins and back, weakness, and dizziness.

Because an untreated head lice infestation can cause severe itching from lice bites, or the tickling feeling some experience, what happens if you have head lice too long is that the frequent scratching can lead to breaking the skin with dirty fingernails, potentially leading to secondary infections, like staph infections and impetigo. These are not louse-borne diseases spread by the body's allergic reaction to lice bites. Although washing the hair won't help with lice, washing the hands well and often will help prevent secondary skin infections if you have itching from lice bites from a common louse infestation. If there is evidence of continued rash or significant skin inflammation even after the pediculus humanus has been eliminated, see your doctor to rule out a secondary infection and treat it if necessary.

Keep in mind that pediculus humanus capitis is in itself considered a type of contagious disease caused by local head louse populations. However, pediculosis, especially head louse nits, has never been shown to spread the disease. While an infestation on the head may cause discomfort, stress, and itching from lice bites from both adult and baby lice drinking human blood, there are no louse-borne diseases spread by them. There aren't really other communicable diseases caused by sucking lice, but an infestation can lead to other medical complications if not treated promptly. As with other species, it is the female lice that lay the eggs (nits).

WHAT TYPE OF DISEASE DO ANIMAL LICE AND MITES CAUSE?

Other types of lice live on animals that don't typically infest humans, but in uncommon cases, can affect people in various ways. If you develop symptoms of difficult-to-identify lice on the body (not head lice) after contact with wild animals or livestock, contact your doctor for more information. This is quite rare as animal lice are not known to carry the human pathogens.

HOW ARE BODY LICE SPREAD?

Body louse-borne diseases are spread most commonly in places where poor hygiene is common. One example is in areas with large populations of homeless people, like homeless shelters or temporary shelters in times of unrest or human or natural disasters. When efficient delousing strategies are not in place, body lice take advantage of the abundance of their host species to spread, and body lice bites will appear on people in the vicinity. While head lice live on the human head and pubic lice live in the pubic region of the body, the human body louse lives in bedding, other linens, and clothing seams, leaving its home to feed on their blood meal from the human body, leaving louse bites on the folds of skin. They are spread in shared sleeping areas where others of the same species may come into contact with infested materials. They are also spread through direct contact with another person who has body lice. In areas where homeless people live, like in shelters, it may be common for homeless people to share clothing, bedding, or other cloth linens, making louse-borne diseases in homeless people more prevalent.

HOW ARE BODY LICE INFESTATIONS DIAGNOSED?

Unlike the most common louse infestation, which can be diagnosed by anyone familiar with head lice, healthcare providers diagnose a case of body lice by inspecting the body or clothing, bedding, or linens for the presence of body lice and their eggs. They may also look for the appearance of louse bites or see adult lice on the body. It may be difficult to see body lice or their eggs, so they may use a magnifying lens to confirm a diagnosis of body lice.

HOW TO PREVENT BODY LICE INFESTATION?

According to the CDC, people usually catch body lice in situations where multiple people are crowded together but aren't able to bathe or change clothes regularly, specifically in homeless encampments or shelters and refugee camps. If you find yourself in this risky situation, here are some tips to avoid body lice and diseases caused by lice of this type:

So, do lice carry disease? No. Head lice do not spread other types of diseases directly among humans. When people wonder do lice transmit disease in specific situations, the type of lice they're probably thinking of is totally different from lice on the head. Body lice are a completely different bug, and body lice do not spontaneously turn into head lice or vice-versa. If you're dealing with lice on the head, take a deep breath: your family will be fine because you are a responsible parent who is quickly taking the necessary steps to eliminate the lice. If you need any help at all, you can call LiceDoctors at 1-800-224-2537 day or night for same-day professional diagnosis and safe, effective treatment.