LiceDoctors to Schools: Stop Recommending that Children use Chemicals to Get Rid of Head Lice!

LiceDoctors to Schools: Stop Recommending that Children use Chemicals to Get Rid of Head Lice!

by
Karen Sokoloff
Updated on
February 9, 2018

It is irresponsible for schools to continue to recommend potentially toxic chemicals for children particularly since they are often ineffective.

Chemicals are Just NOT an Effective Means for Eradicating Lice

Just as Peter Finch shouts at the end of the classic film Network, “We are mad as hell and we're not going to take it anymore!” We at LiceDoctors have been treating head lice for 20 years and we assure you that there are many safer and more effective options than chemical head lice treatments. Why expose young heads to chemicals? It's time for this to stop!

We have treated nearly 350,000 people and many of them had used chemicals in vain before they got to us. We have arrived at homes of these clients only to find live bugs crawling off the scalps. We are out in the field every day and we see the failed results of these chemical products marketed to be used in our children.

Several Experts Back US Up—Lice Across the U.S. are Resistant to Chemicals 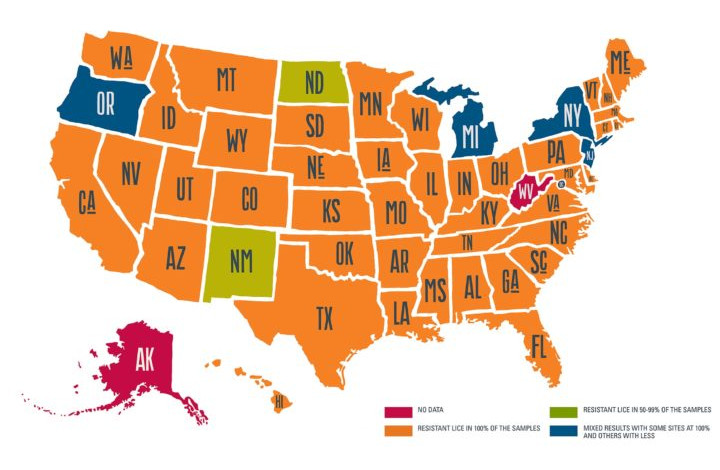 Don't take our word for it, here are the results of a study conducted at Southern Illinois University by Dr. Kyong Sup Yoon reported in 2015.

Dr. Yoon who is an assistant professor of biology reports, “If you have or your children are infested with head lice, there is a high chance that those lice are over-the-counter product resistant," said Yoon, who has been researching lice with his mentor, Dr. John Marshall Clark at the University of Massachusetts at Amherst, for 15 years. The problem is, if you overuse a single product over time, you're kind of setting up the situation for the resistance development," said Yoon.

The resistant mutations of lice began surfacing in 2000 and have spread as people have overwhelmingly chosen treatments known as pyrethroids, which parents and doctors favored for their known safe use on children, Yoon said.

"The problem is, if you overuse a single product over time, you're kind of setting up the situation for the resistance development," said Yoon. (Source Time Health)

Dr. John Clark, who directs the Massachusetts Pesticide Analysis Laboratory and is a professor of environmental toxicology and chemistry at the University of Massachusetts Amherst, corroborates these findings. “Over the past 35 years or so, head lice have built up considerable resistance to the pyrethroids via genetic mutations”, says lice expert John Clark. “The efficacy of all those products has gone way down. It started out at 100 per cent, now we're down to 20 to 30 per cent in recent clinical studies."

Clark says we're "trapped in this scenario where we're being forced to use compounds that clearly aren't near as efficacious as they were 30 years ago. Unfortunately, until we actually do something like that, there's nothing driving any of these organizations to change their position."

In addition, Consumers Reports published their recommendations on how to treat lice, saying "the safest method of getting rid of lice is to physically remove the insects and their eggs by combing with a lubricant….”

Chemicals are not only Ineffective…They may Cause Side Effects

In addition to the lack of effectiveness of these products, these products may have side effects and potentially cause long term problems. “Side effects of OTC permithrin (Nix) may include: scalp irritation, including itching, swelling, or redness may occur with head lice and temporarily worsen after treatment with permethrin. Mild burning, stinging, tingling, or numbness may also occur.” (Source: WebMD) 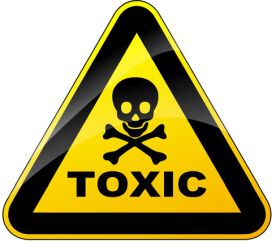 Potential risks of OTC pyrethrin (Rid) are: “stinging, burning, itching, swelling, or irritation where the medication is applied. Common side effects may include: mild itching, burning, or stinging; mild skin rash”. (Source: Drugs.com)

Prescription lice shampoos include. Ovide (malathion), which is approved for use with people age 6 or older due to potential for seizures. The drug has a high alcohol content, so it can't be used with a hair dryer or near an open flame. (Can be flammable) (Source: RXList.com)

Lindane is another prescription product. This medicated shampoo has a risk of severe side effects, including seizures, and is used only when other treatments have failed. It is not recommended by the American Academy of Pediatrics for use on children. The Food and Drug Administration (FDA) warns that it should not be used on anyone who weighs less than 110 pounds (50 kilograms), is pregnant or breast-feeding, has a history of seizures, or has HIV infection.” (Source: Headlice.com)

It is wrong and it is irresponsible.

So if chemical treatments are ineffective and risky, are there safer and more efficacious alternatives? The answer is a resounding YES! The National Pediculosis Association in Cambridge, Massachusetts recommends combing and hand picking as the safest and most effective way to eradicate a lice infestation.

Other alternatives include suffocating the bugs with a medium that occludes the breathing apparatus of the lice such as oil, Cetaphil. conditioner, or mayonnaise. While we have a definite preference for oil, any of these products will help to kill or immobilize live bugs. It is always important to follow-up any treatment with combing out the bugs and their eggs (nits). 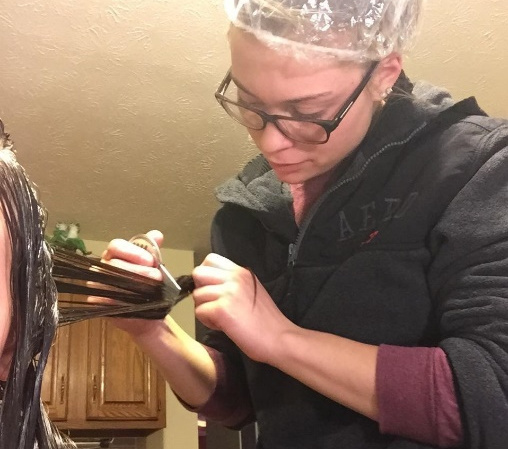 Why in the face of this evidence would schools still refer children to chemical alternatives? Are they aware of these studies? Have they read the results and ignored them? Neither of these excuses is valid; it is the responsibility of schools to make sound policy and to keep children safe.

It is time, indeed past time, for schools to stop recommending that children use chemicals to eliminate head lice!

Schools in Shawnee and Lawrence do not enforce strict “no nit” policies. Children will not be sent home if nits are found in the hair. It is expected that they will go home and be treated that night.

LiceDoctors technicians have three missions: 1) to get rid of the lice infestation 2) to give clients peace of mind 3) to educate clients about lice to help prevent future infestations. Here are the 5 most common questions asked of LiceDoctors professional lice technicians by clients.

Head lice policies can vary from district to district, even if they are very close to one another. Schools in Bethlehem do not enforce "no nit" policies while schools in Easton do retain a strict “no nit” policy.