by
Karen Sokoloff
Updated on
February 3, 2020

As in All Cities, Young Children in Boston are the Demographic Most Likely to Have Head Lice

As with other geographical areas across the US, young children in Boston face lice infestations in their classrooms throughout the school year and in their camp groups during the summers. That is just the case all over the country. In fact, it is estimated that millions of children in our country are diagnosed with head lice each year. 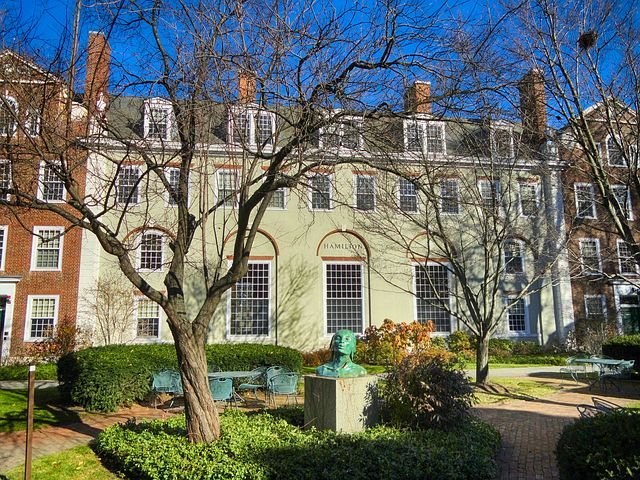 “Approximately 6 million to 12 million infestations occur per year in the United States among children 3 to 12 years of age. These figures are estimates, however, because patients may self-treat, so many cases of infestation are never disclosed to health officials.”  American Journal of Managed Care

Here’s the thing: while the aforementioned numbers have been the estimated number of cases for at least 15 years, no one know for sure. Schools do not report cases of incidence and families often tell no one that they are fighting head lice. Combatting lice can be a frustrating and lonely experience for families to go through. Sadly, there is still some stigma associated with lice, although anyone can contract a case, so often cases just go unreported even though anyone can get it.

“Head lice are spread by direct contact with an affected person’s hair. Kids will hug each other and literally put their heads together. You can’t completely prevent this, nor do many parents want to. But be cautious of any child who’s scratching their head constantly or who complains of an itchy head, and follow up with the school nurse or the child’s parents.”  Healthline "How do lice spread"

What Makes the Incidence of Head Lice in Boston Different From in Many Other Cities?

What makes Boston stand out is that because of the concentration of colleges and universities in the metro area, students in the 18-22 year old range report a significantly higher incidence of head lice than the national norm for that demographic. Anytime that people are in close contact with each other, the risk of spreading head lice is significant. When students are in dorms, it is not unusual for several people on the floor to end up having head lice at the same time--passing it back and forth to each other. Related Link: Why Kids Get Lice More Often Than Adults

LiceDoctors receives calls from frantic students or distressed moms asking for us to dispatch a technician to a dorm ASAP. Students are humiliated and fear being ostracized. Often when the tech arrives, she discovers lice in the roommate, as well. If other BFFs wander in, frequently the tech will find signs of lice in them as well. 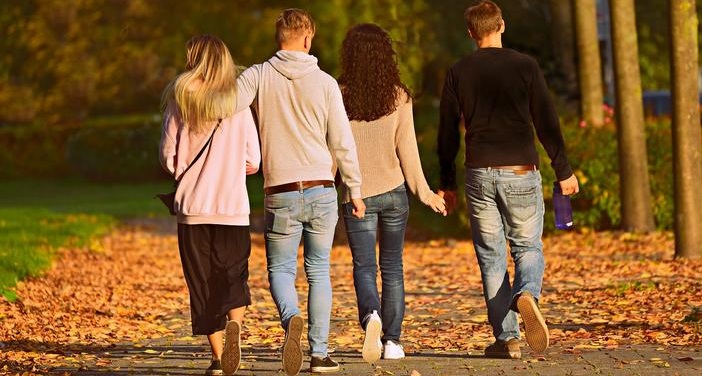 Think about how kids in college interact. Often they lie on each other’s beds or relax next to each other in the floor lounge. The last thing they are thinking about is head lice. It is very hard to advise college kids to protect themselves from each other. Socializing is an integral part of college. Unfortunately, a side effect of this is the passing around of lice.

How to Get Rid of Head Lice in the Dorm

Students can try to treat each other or themselves, but we have found that this is often ineffective. This goes double for situations such as a dorm where students are constantly in close contact. They may try to apply chemicals but because of the resistance of lice to these chemicals, these treatments often fail. Students often lack the tenacity and perseverance of more mature adults and they certainly don’t have the know-how of a professional. 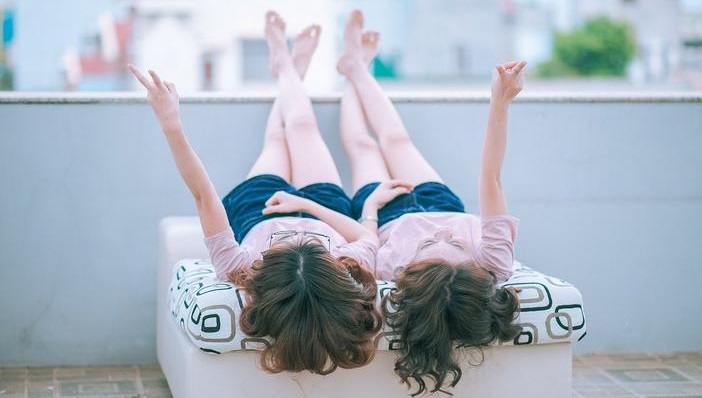 Self-treating in a dorm can end up like this story: Callie and Kate had lived together for two years in their dorm. When Kate started scratching a lot, Callie looked in the hair. She let out a scream when she actually saw a bug. Both young women were “freaked out” and Kate called her mom. Her mom first suggested that she get some lice shampoo from a drug store. Ten days later, more bugs were found by Kate. Things were not looking good. The girls decided to apply mayonnaise to kill the lice left in Kate’s hair. This became a “big, fat mess” and did not do the trick. Mayonnaise may have suffocated some lice, but it did nothing to the nits. (Nothing soaks through the shell of the nit). Finally, in despair, Kate called her mom again. This time, Kate’s mom called LiceDoctors. A technician was dispatched to the dorm where she checked 10 of Kate’s friends and found lice in eight of them (including poor Callie).

We encourage students to rely on the expertise and privacy of a professional mobile Boston lice removal service like LiceDoctors, who will come right to the dorm or to the family home and check and treat you. The key to preventing the wildfire spread of head lice is to catch it early, although LiceDoctors can eradicate any case no matter how advanced or how many people have. If you need help, call 617-517-4197 , and a Boston area technician will come to your rescue.

A Louse By Any Other Name… Is Still A Louse

Head lice give us the creeps and carry negative connotations. Lice technician Margaret counters these misconceptions below: A head louse (pediculus humanus capitis) is very simply a tiny sucking creature that lives on the human head and survives on human blood. The problem is an infestation is never just one of these tiny bugs; it is a multitude of them that multiply quickly. A lice infestation can get started and become excessive seemingly overnight.

Schools in Sherman Oaks and Encino schools do not enforce strict "no nit" policies. 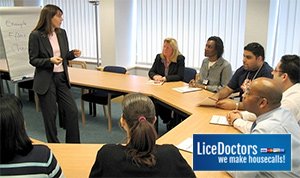 When Schools Become More Lenient With Their Lice Policies, They Must Focus More on Lice Education

The Kansas Bureau of Epidemiology and Public Health recently changed its policy regarding admission to school with head lice. Per recommendations from the American Academy of Pediatrics and the CDC, it is no longer mandatory for children to be “nit-free” in order to be allowed back into school in some districts in Kansas.