The Incidence of Head Lice is Increasing

The Incidence of Head Lice is Increasing

Many families have experienced or know someone who has experienced head lice in Texas and in other states. You may hear people say in amazement that they can't believe how prevalent the incidence is. You probably don't remember such a high incidence from when you were a kid. What is going on? According to Medscape, and authors Lyn Guenther, MD, FRCP(C), FAAD; Chief Editor: Michael Stuart Bronze, MD "Louse infestation remains a major problem throughout the world. In the United States, the incidence of pediculosis has risen steadily over the last 3 decades, making the diagnosis and treatment of louse infestation a common task in general medical practice. Head louse infestation among school children has reached epidemic proportions in many parts of the United States." More information: emedicine.medscape.com

In the Tech Times, Alex Saltarin writes, "An increase in the incidence of lice in teens has many youths scratching their heads in confusion. Some lice-treatment experts are saying that selfies are to be blamed. A rising number of youths from around the country have been scratching their heads in confusion due to an ongoing uptick in the incidence of head lice. If lice-treatment experts are to be believed, the recent popularity of "selfies" are to be blamed for the problem." More information: www.techtimes.com While no reliable statistics are available regarding the incidence of head lice by state in the US, Texas has the highest incidence of head lice among LiceDoctors’ treatment areas. Most individuals with head lice do not report their case to the department of health so there is no accurate monitoring of numbers of head lice cases in the US each year. The sheer size of the state of Texas combined with relatively warm weather that is favorable to transmission of head lice contribute to the high number of head lice cases in Texas. There are several factors behind the rise in incidence of head lice today. First, chemical lice treatments often are ineffective in treating head lice. The bugs have mutated and are now resistant to many chemicals. They are often called "super lice". Some of the more efficacious chemicals have been removed from the pediculicides owing to the fact that they were determined to be potentially cancer-causing. In addition, the eggs or nits have a shell that is extremely hard and prevents chemicals from soaking in and killing the bug inside. Societal changes may also be contributing to the increase of head lice. Selfies, when people put their heads together for photographs, may be a factor in the uptick. Teens are more demonstrative, hugging each other hello and goodbye. Kids jump all over each other in team sports. Even the video game craze, when kids sit next to each other for hours at a time, facilitates the spread of lice from one child to another. One thing is for sure: head lice incidence is on the rise. It is becoming increasingly difficult for untrained people to get rid of head lice on their own. This is why LiceDoctors, who will come and check and treat your whole family, can make all the difference in your head lice experience. Call LiceDoctors today in Texas at one of our local numbers or at 800-224-2537 for service in your home at your convenience. You will be pleased with the results…we guarantee it! Many districts in Northwest Arkansas adhere to the most recent lice policy recommendations from the CDC. Guidelines follow: 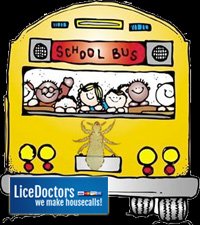 In consideration of recommendations by the California Department of Public Health, the American Academy of Pediatrics, and the Centers for Disease Control, many districts in Ventura county now have a "no live lice" policy in place. This is a departure from the prior policy, which was a “no nit” policy.

Santa Barbara Unified School District Santa Barbara schools maintain the same lice policy as Oxnard schools, which allows students with active lice to remain in school until the end of the day and then then child must go home to be treated.