How Do You Get Lice in a Utah State Park?

How Do You Get Lice in a Utah State Park? 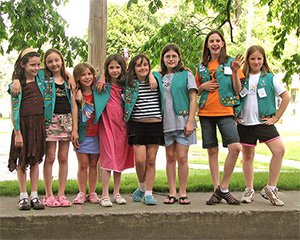 Answer: Go on a camping trip with a bunch of Girl Scouts A mom, Christine, from Salt Lake City called us to say that she had taken a group of Girl Scouts on a camping trip to Arches National Park. They hiked, they biked, and after a couple of days, they scratched. Then they scratched, and scratched, and scratched some more. What was going on?, Christine and the other moms wondered. First they thought that the girls had contracted poison ivy or were allergic to something else on the park. As they continued to discuss this, they realized that the girls were only scratching their heads. Oh no...they could handle poison ivy but who had a badge in lice removal? Fortunately for this Girl Scout troop, LiceDoctors has a badge in lice removal. As soon as this group of girls returned to Salt Lake City, Christine called us. We immediately sent our technician, Laura, to Christine's home, where the girls awaited us. Sure enough there were signs of head lice in five of the 10 girls who went on the trip. Laura swung into action drenching the girls in oil and using a professional comb, pulled out live lice and eggs. She then dried their hair and began and completed the arduous task of extracting all the nits (eggs) in the hair. After finishing with each girl, she suggested that their family members be checked as the cases indicated that at least 3 of them had had lice for a few weeks. The girls who manifested no lice were advised to be vigilant in having their family's continue to check for lice over the next couple of weeks. Head lice are very contagious and children who are on sleepovers are at high risk since the lice have ample time and opportunity to go from head to head. If you see signs of lice, call LiceDoctors in Utah at 1-801-477-4730 and an expert lice technician will come and treat you at your home at your convenience day or night.